— violinist, Doctor of Arts, assistant professor at the Karol Lipiński Academy of Music in Wrocław.

In 2008 he received a Doctor of Arts degree as a result of a doctoral program in which, in its final phase, he performed the complete cycle of 24 Caprices op. 1 by Niccolò Paganini.

He has been a laureate of national and international violin competitions in Katowice, Sosnowiec, Wrocław, Kraków, Elbląg, Poznań and Warsaw, Poland, and Saint Petersburg, Russia.

His greatest achievements are, among others:

As a recipient of multiple scholarships, he received scholarships from the Polish Ministry of Culture and Art and the National Foundation for Children and was a laureate of a prize awarded by the President of Gliwice and the Plebiscite for the Person of the Year of the Gliwice Soil.

As a soloist he has performed in renowned festivals, both in Poland and abroad, such as the Schleswig-Holstein Musik Festival, Kammermusik Podium Braunschweig, Henryk Wieniawski Days in Szczawno-Zdrój and Masters of Violinism in Zielona Góra.

He has performed with the orchestral accompaniment of the philharmonic orchestras of Cracow, Zabrze, Zielona Góra, Szczecin, Hamburger Symphoniker, Symphonieorchester Bern, Gliwice and Racibórz Chamber Orchestras, Kammerorchester Hannover, Chamber Orchestra of the Philharmony in Kirovograd, and the Student European Symphonic Orchestra. With the last one, under the baton of Maestro Marek Pijarowski, he performed the Violin Concerto in A-major op. 8 by Mieczysław Karłowicz in the main concert halls of the National Forum of Music in Wrocław and the National Polish Radio Symphony Orchestra in Katowice, in the framework of the European Capital of Culture – Wrocław 2016.

At the request of the 2nd channel of the Polish Radio, he recorded Concerto in D-major op. 35 by Pyotr Tchaikovsky with the Polish Radio Orchestra under Andrzej Straszyński. He has also recorded a CD with music by Polish composers, Paderewski/Gąsieniec/Stolpe, which was published in 2016 by Wratislavia Productions.

Since his graduation, he has been professionally connected with his alma mater, the Karol Lipiński Academy of Music in Wrocław, where he conducts his own violin class. 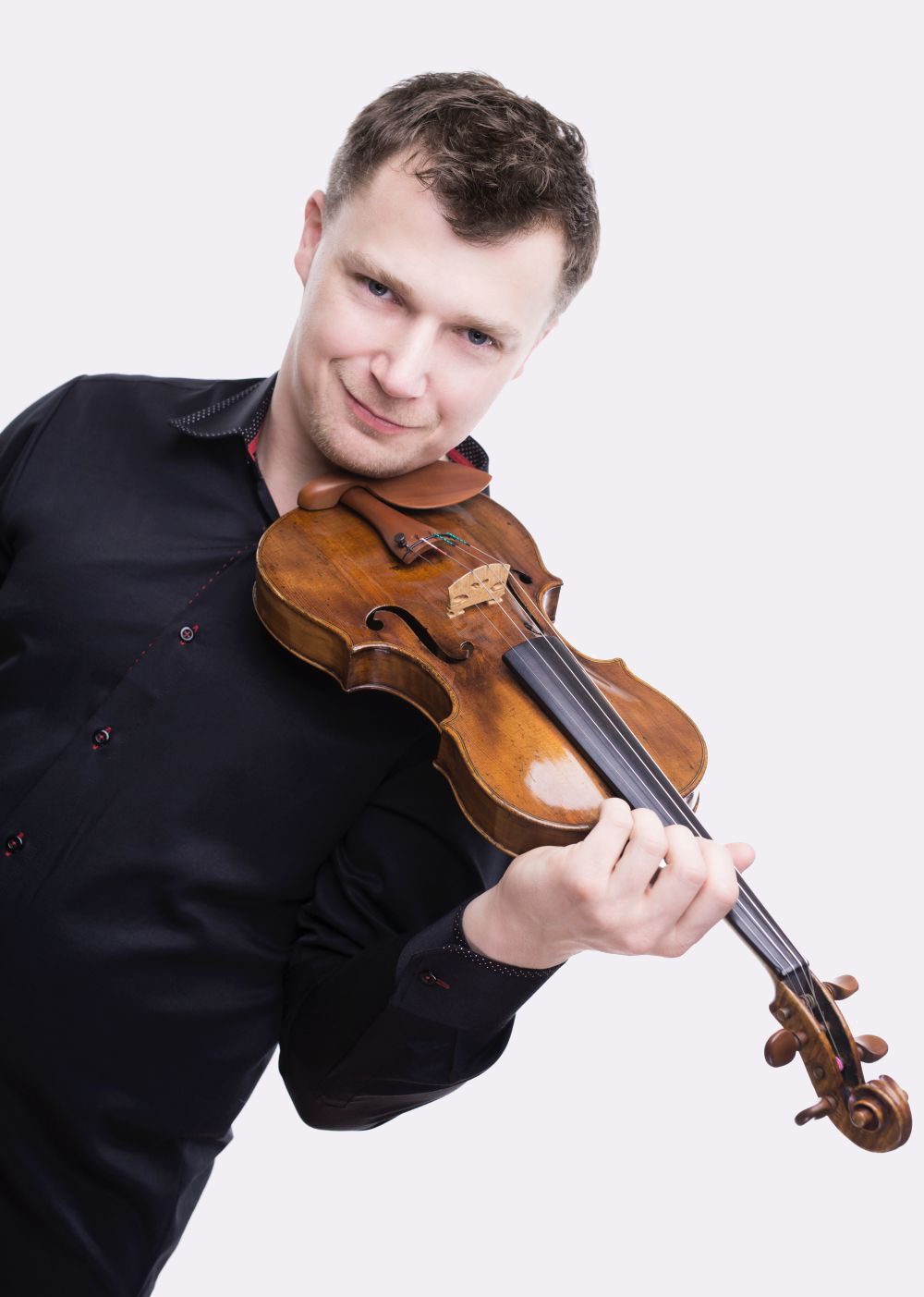